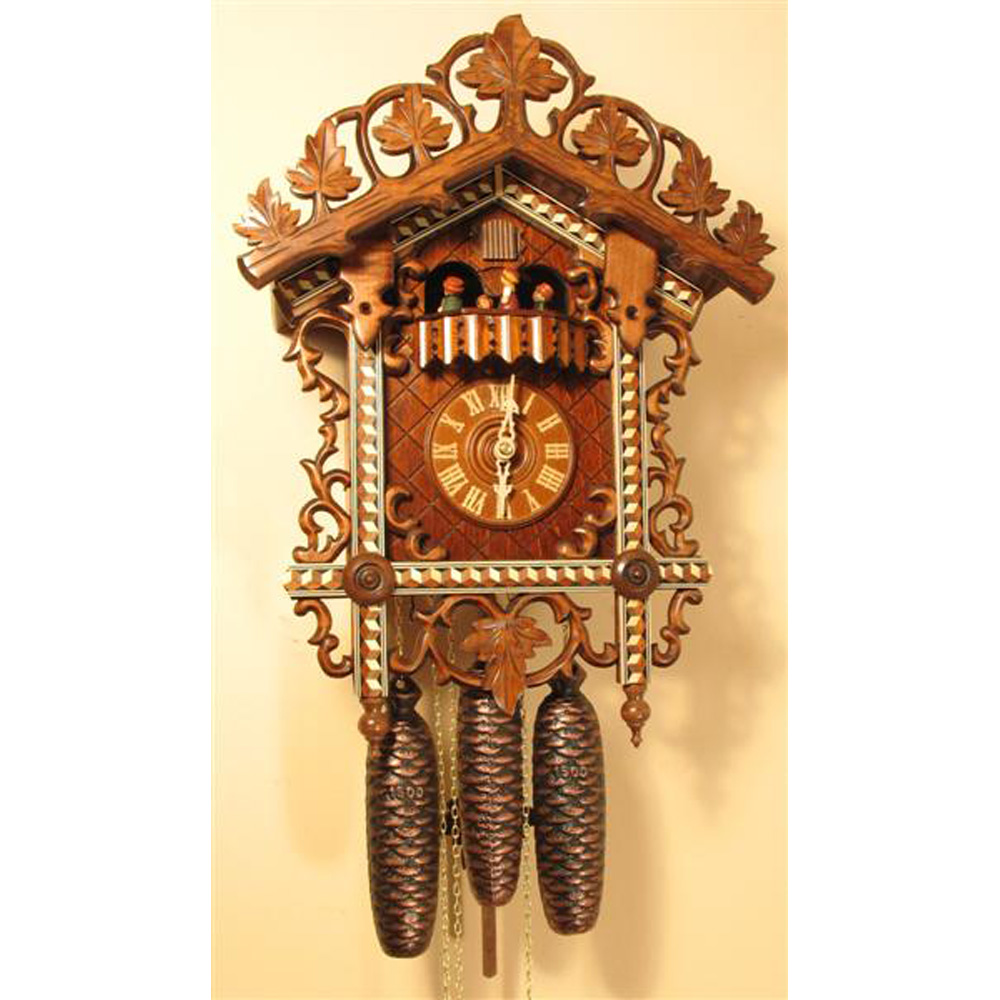 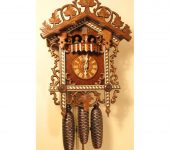 The first modern cuckoo clocks were founded in 1692, and it is unknown what artist designed and crafted the initial one. However, cuckoo clock collectors believe these to have originated within the Black Forest region of South Western Germany.

Cuckoo clocks were eventually exported from this region where they have grown in popularity throughout the centuries. They all do hold some very distinctive similarities. For instance, the original Bahnhausle cuckoo clock design is believed to have made an impression on the craftsman Franz Anton Ketterer, a Blackforest mechanic from 1730. However, he was not the original creator of the infamous cuckoo clock. No, Ketterer was influenced by Friedrich Eisenlohr, the German craftsman who created one of the first and most impressive Bahnhausle cuckoo clocks.

The Bahnhausle cuckoo clock design and style certainly has an amazing history, one which dates back to the mid 1800’s. However, this majestic design didn’t originate overnight. Today’s modern Bahnhausle cuckoo clock originates from the German designer, Friedrich Eisenlohr. This designer was inspired by a simpler lifestyle that brought passion to his craft. Eisenlohr’s original Bahnhausle cuckoo clock design emulated the life of the railroad. His first piece was crafted to mimic a railroad guards humble abode, overrun by thickets of grapevine leaves. Eisenlohr entered his piece into a competitive contest initiated and promoted by the Grand Duchy of Baden. It was the authenticity and passion of his design that allowed it to stand out above other competitors and win.

The Bahnhausle Cuckoo Clock: Much More Than a Piece of Artwork

Eisenlohr went on to create other masterful pieces of art, but many of these were often characteristic of the traditional lookout buildings built by Italian tunnel builders with the railroad. Clearly, this fine design of over a century ago still holds true to the modern day Bahnhausle cuckoo clock. These clocks are much more than majestic pieces of art… they’re story telling! These are indeed priceless treasures, artfully handcrafted and kept to the highest standards of quality over time.

Traditional Bahnhausle cuckoo clocks are aesthetically pleasing in every way. They can be crafted to meet individual specifications! Mechanically wise, they are as perfect as a cuckoo clock can be! And no one can ever be disappointed, because there is a style and design for just about anyone! With regard to the traditional Bahnhausle cuckoo clock—every half hour, or full hour brings out the cuckoo! The bird call coincides with the gong strike, signaling the accurate passage of time. However, remember what draws people to these timeless pieces. It isn’t so much the gong, or the bird call. What draws people to these amazing timekeepers is their unyielding beauty to time itself. They never age, but they do transcend time and expectations.

While the traditions of the Bahnhausle cuckoo clock design are carefully maintained, there can be variations. During the handcrafting process the artists own impressions are demonstrated, but this is clearly a great characteristic. This continuously ensures the authenticity and ingenuity of each piece. In fact, it makes each cuckoo clock unique in its own right. No one can ever be fully replicated, which adds to the value of each. Let’s consider the traits that are inherent within these time pieces, making them invaluable to the owner.

The Characteristics and Attributes of the Bahnhausle Cuckoo Clocks

Each and every one of these unique cuckoo clocks holds a love for detail. No matter what style cuckoo clock is chosen, they all add an elegance to a home that is unsurpassed. For instance, each clock is created with natural wooden hands and birds. There is also an easy to access shut off lever when you don’t want the traditional sounds to be played. Also, there are permanent attributes that do exist and of which make these cuckoo clocks the superior choice over other, similar time pieces. Some of these attributes are found billeted below:
Fine detail and rich ornamentation

When shopping Bahnhausle cuckoo clocks, collectors will find there is a variety of styles and designs to choose from, all with extensive ornamental artwork. In fact, these clocks are legendary and are still designed to match the style of their forebears. Buyers will find each piece captures a unique time in history perfectly. Whether one might favor the station house piece, or be more drawn to a chalet design; both are interesting pieces of art.

The Decision between Mechanical or Battery Operated Clocks

We are absolutely dedicated to providing shoppers with superior qualities. Our goal is to share these priceless treasures with collectors from all over the world. With us you’ll be able to find the ideal piece suited just for you and be guaranteed appreciation for many years to come. From classic to contemporary and from the woodsman design to the hunter design–the exquisiteness is unparalleled.