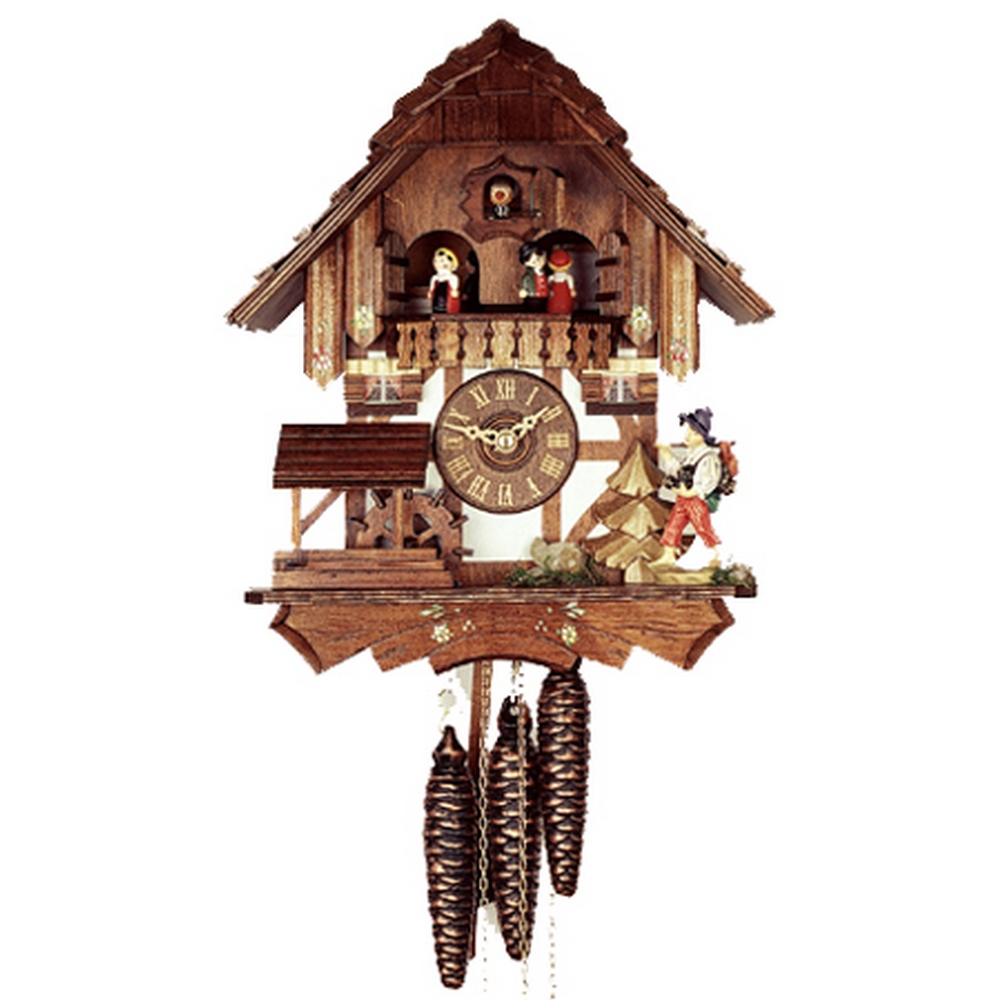 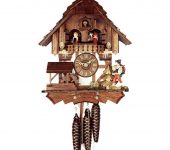 What do you expect when you purchase a traditional, or more modern 1-day musical cuckoo clock? One interesting fact we’d like to point out (that many don’t know) is that every single 1-day musical cuckoo clock does have a music box and of course “bellows”. Naturally, music is a popular feature for the 1-day cuckoo clocks. Furthermore, you’ll find there is a variety of melodies that can be played for these types of cuckoo clocks too! You’ll also find many designer names like “Reuge” are linked with these music boxes, as they are some of the very best you can get. These are Swiss in style and very durable, promising long-term use without any defects appearing.

The beautiful color tones and amazing shellac finish on some of these is stunning too. And yes, from the wood grain, to the hue, to the creative carved design—this all comes together to determine the exact value of the musical cuckoo clock. Every little part of these clocks is an essential character piece. And you can also bet, these represent past Black Forest clock carving traditions very well!

These Are a Classic Representation of Times Gone By

Expressions of Time believes in honoring the history of these amazing cuckoo clocks, which is why you find only the most representative 1-day cuckoo clocks here! These are just as well admired as those from generations passed. The traditional style of Franz Anton Ketterer is timeless and well represented within so many of these well designed cuckoo clocks of today. While his style has evolved through more modern styles and techniques, it remains iconic and definitely adored! While the cuckoo bird is traditional with these clock styles, we also have cuckoo clocks that include monks, soldiers and all sorts of animal life as well!
Now, when it comes to the tiny little cuckoo bird itself, well there is a story here too! The cuckoo bird itself was inspired by a tiny, grayish bird that has a beautiful two-note call. This little bird is a little quirky, as it will lay its eggs in other bird nests! Sometimes this is depicted in the artwork of some of these infamous clocks. The call of the bird is one-of-a-kind, which somewhat symbolizes the motivation of artists to continue to design original, fully hand-carved cuckoo clocks today. Just like the little birds shrill, incessant call captures attention—these magical cuckoo clocks do the same thing with their fine details and amazing beauty. With today’s musical cuckoo clocks, you can always silence the sound in the evening if you prefer too.
Let’s now turn to the amazing melodies and tones of many of these idyllic cuckoo clocks today!

Understanding the Melodies and Tones of 1-Day Musical Cuckoo Clocks

Expressions of Time has some of the most delightful and tempting musical cuckoo clocks for shoppers to choose from. Once again, these are the leading clock brands—some being extremely difficult to find elsewhere. Many of our designs include the traditional Bavarian Beer Drinker cuckoo one-day musical movement. This features a cozy, quaint cottage with exceptionally crafted figurines all around. Further, the detailed, hand lain shingles depict real-life roofing while solid wood complements the figurine hands, dial and of course, the cuckoo bird.

Expressions of Time has assembled some sweet pieces of tempting musical cuckoo clocks, with all the leading clock brands represented. Some of our designs include the Bavarian Beer Drinker Cuckoo One Day Musical movement; a charming cottage with tantalizingly carved figures is the common carved scene. Hand-laid shingles make up the roof while solid wood is the foundation for the hands, dial and bird. Now, another priceless design to snatch the attention of shoppers is the One Day Musical Cuckoo Clock with Dancers. This has one bird and five hand-carved maple leaves. It also includes hand-painted flowers to add deeper dimension. This is one of the more favored time pieces and is crafted directly in the Black Forest area.

We have many more appealing designs that will tickle a shoppers’ fancy too! We encourage you to pick the musical cuckoo clock that charms your heart and ready’s you to enjoy the melody each and every hour of your life!